Winclap is a digital marketing agency operating in Argentina, Brazil, and the USA.

They help brands transform how they attract, acquire, retain, and monetize users with a team of growth experts and AI. 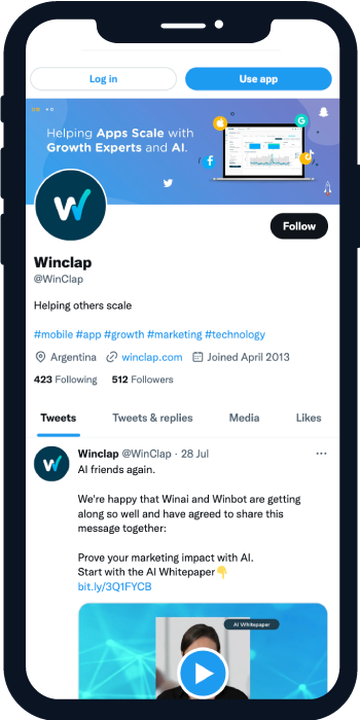 Winclap was searching for better ways to optimize their Twitter campaigns as they had trouble running and optimizing campaigns for numerous accounts simultaneously. There were also cases where clients had multiple accounts based on different locations, and on Twitter’s native advertising platform, it was impossible to present all accounts in one view. That’s why they’ve decided to approach Wise.blue, whose proprietary tech and expertise led Winclap to the optimization of their Twitter campaigns. Campaign Manager, Wise.blue’s time-saving feature, was used to manage campaigns, carrying out all steps efficiently and improving performance at every point. Auto reports enabled Winclap to access real-time reports and track campaign results to find the best-performing content and target audiences. Additionally, A/B Testing was utilized to compare the performance of multiple campaigns, thus improving KPIs and results in the long term.

Check what led WinClap to increase client spending by 10x